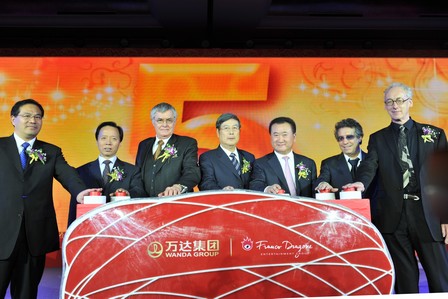 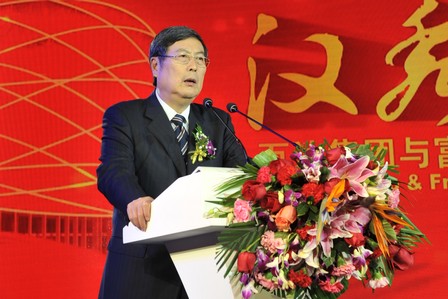 Huang Mengfu spoke on the agreement signing and inauguration ceremony 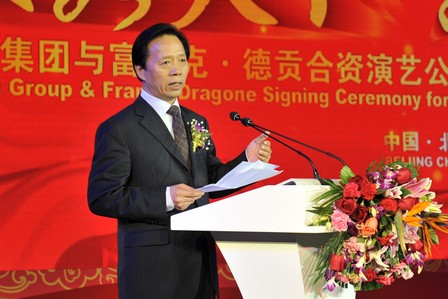 Wang Wenzhang spoke on the agreement signing and inauguration ceremony 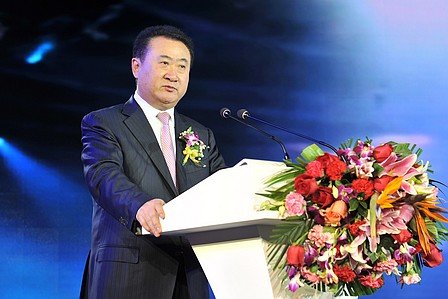 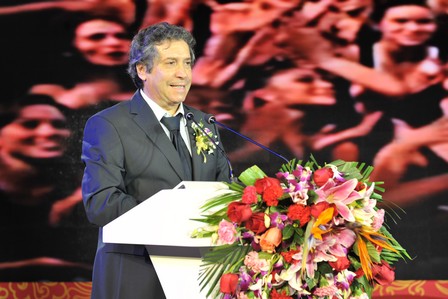 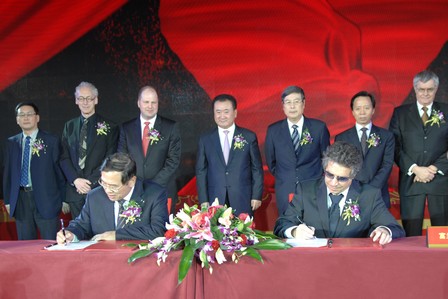 Franco Dragone is a world-class theater artist, and has produced and directed many large stage shows of international repute. He directed “O” in Las Vegas, USA, a show that remains well received and highly popular after having been staged for 14 years. Since his "The House of Dancing Water" debuted in Macau, each performance has played to packed houses; it is a “must see” performance for all visitors to Macau. World famous architect and stage designer Mark Fisher will be responsible for the building of the Wuhan "Han Show" and the design of stage machinery for this first stage show theater in China. Mark Fisher was the Artistic Director of the opening and closing ceremonies of the 2006 Turin Winter Olympic Games, as well as that of the 2008 Beijing Olympic Games, the 2010 Guangzhou Asian Games, and the 2012 London Olympic Games.

The agreement reached between Wanda Group, and Franco Dragone and Mark Fisher is the largest culture industry project in China to date. In the next decade, Wanda Group shall be the sole cooperative partner of Franco Dragone Entertainment Group in China. The two parties will invest Rmb10bn to build five large world-class stage shows in Wuhan, Dalian, Xishuangbanna and Hainan. As the size of the investment for large stage show theaters is considerable and the technology of high difficulty, such programs have yet to be staged in mainland China. Wanda Group has introduced the concept of large stage shows into China for the first time. The content of the program will highlight the essence of China's culture, and the majority of the performers will be Chinese, allowing China's audience to feast their eyes while establishing a new benchmark for China's culture industry, creating a Chinese culture industry brand of international impact.

The "Han Show” Theater located in Wuhan is the first project between the two parties with investment worth Rmb2.5bn. The floor area of the “Han Show” Theater totals 86,000 sqm with total seating for 2,000, and a special passageway and seating for VIPs. The “Han Show” Theater has created a number of “largests and firsts” in world cultures: a performance theater commanding the largest investment in the world; the world's first dream stage that can combine a plot’s rise and fall, movement, tilt and random changes; the world’s first audience seats that are movable, revolving, and that can rise and fall; the world's first flying and movable large LED screen; the world’s largest performance pool on stage that is 58 meters long, 32 meters wide and 10 meters deep; and the world's most difficult stage program, including a diving pe