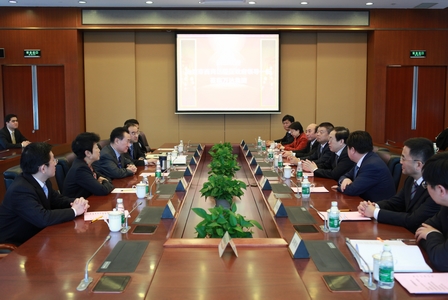 Before the talks, the delegation went for an inspection tour of the Wanda Institute and Langfang Wanda Plaza.

Next： Wang Jianlin: Property Control to Benefit the Masses